The Painful Part Of Parenthood - Real Story In London 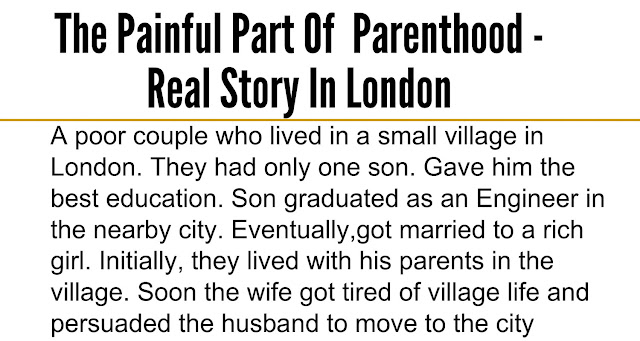 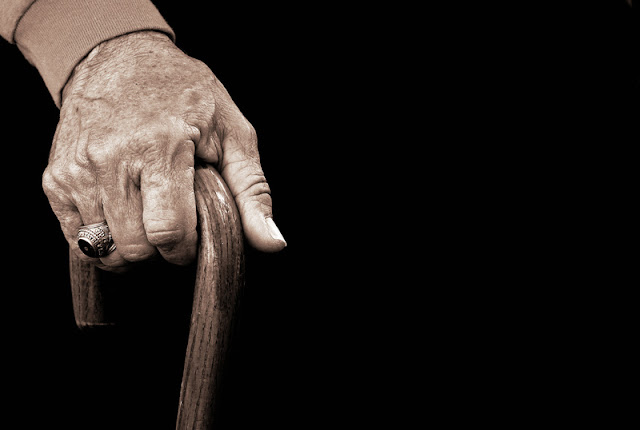 A poor couple who lived in a small village in London. They had only one son. Gave him the best education. Son graduated as an Engineer in the nearby city. Eventually,got married to a rich girl.

As time passed by the husband seen an advert in the newspaper about a vacancy in Barnet. He was successful and lived in Barnet for years with his wife. Regularly he used to send money to parents.

Eventually with time he stopped and forgot about his parents ever existed.

Every year he made Hajj(pilgrimage) and immediately after that he used to see someone telling him in a dream that his Hajj is not accepted.


One day he related story to a pious Aalim who advised him to go back to London to visit his parents.

The man flew to London and reached the boundary of the village. Everything had changed. He could not find his house. He asked a small boy about the whereabouts of so and so. The little boy directed the man to a house and said:

“In this house lives an old blind lady who lost her husband a few months ago. She has a son who migrated to Saudi Arabia years back and never came back again. What an unfortunate man?”

Son enters the home and finds his mother on the bed. He tip-toed as not to wake her up.He hears the mother whispering or mumbling something. He gets closer to hear her voice. This is what the mother was saying:


“God ! I am now very old and blind. My husband just died. There is NO HUSBAND to lower me in my grave when I die. So please send my son to fulfill my last wish. “

This is the ending of a story where the PRAYERS of a mother is accepted.

A human body can bear only 45 del (unit) of pain. But at the time of giving birth,a mother feels up to 57 del(unit) of pain. This is similar to 20 BONES GETTING FRACTURED, all at the same time!!

LOVE YOUR MOTHER WITH EVERY RESOURCE IN YOUR LIFE, EVEN WITH YOUR HUSBAND OR WIFE. ♥ LOVE YOUR PARENTS ♥
at 6:31:00 AM