Confusion In Test Results Of Wife 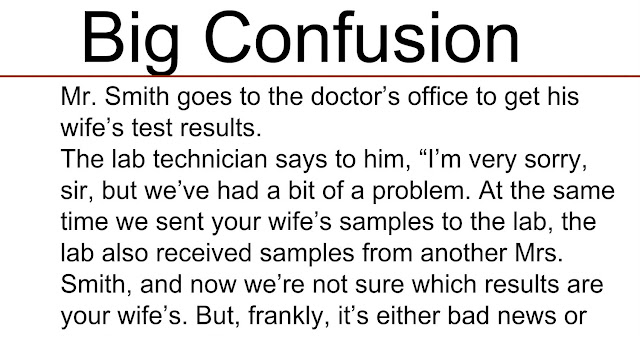 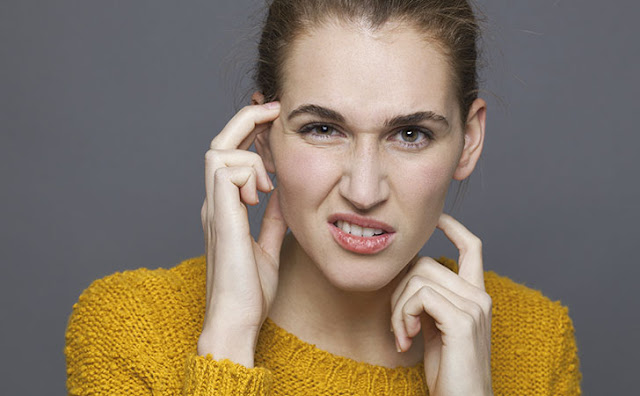 Mr. Smith goes to the doctor’s office to get his wife’s test results.

The lab technician says to him, “I’m very sorry, sir, but we’ve had a bit of a problem. At the same time we sent your wife’s samples to the lab, the lab also received samples from another Mrs. Smith, and now we’re not sure which results are your wife’s. But, frankly, it’s either bad news or terrible news!”

Normally, yes,” says the technician, “but you have Blue Cross Health Care, and they won’t pay for these expensive tests more than once.”

Well, what am I supposed to do now?” said Mr. Smith.

“Blue Cross recommends that you drop your wife off in the middle of town. If she finds her way home, don’t sleep with her.”
at 7:03:00 AM
Labels: Jokes, Stories
Newer Post Older Post Home