A Boy proposed his Girl friend for Marriage - Sad Story 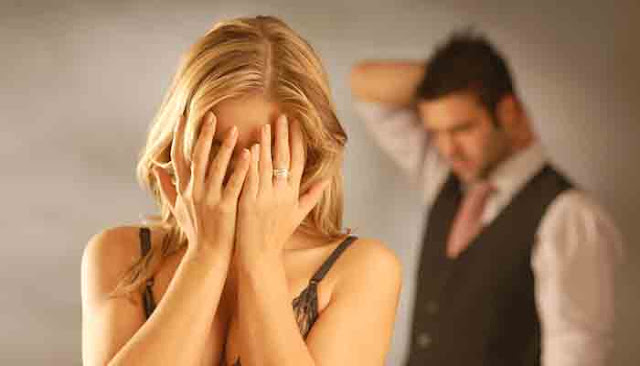 A Boy proposed his Girl-friend for Marriage…


Boy: You, of course!
Girl: what am I to you?
Boy: The boy thought for a moment and looked intently in her eyes and said
“You are missing part of my heart”.


She smiled, and she accepted his proposal.


After their wedding, the couple had a sweet and happy life for a while. However, the youthful couple began to drift apart due to the busy schedule of life and the never-ending worries of daily problems, their life became difficult.

All the challenges posed by the harsh realities of life began to drift away deir dreams and love for each other. The couple began to have more quarrels and each quarrel became make their relation more worst.

One day, after the quarrel, the girl ran out of the house.
At the opposite side of the road, she shouted,
”You don’t love me…!!!”


The boy hated her childishness and out of impulse, said,


Suddenly, she turned quiet and stood there for a long, while She regretted what he said but words spoken cant be taken back. With tears in her eyes, she went home to pack her things and Before leaving the house, she left a note for him..;


“If I’m really not the missing part of your love, let me go and search for some one who is..…
It is less painful this way… let us go on our separate ways and search for our own partners…!!”


He never remarried but he had tried to find out about her life indirectly. She had left the country and was living her dreams.
He use to regret on what he did but never tried to bring her back. In the dark and lonely night, he lit his cigarette and felt the lingering ache in his heart. He couldn’t bring himself to admit that he was missing her.


One day, they finally met, At the airport, He was going away on a business trip. He saw her, She was standing there alone, with just the security door separating them.


She smiled at him gently.


Girl: I’m fine. How about you.., Have you found your heart’s missing part…?
Boy: No.
Girl: I’ll be flying to New York in the next flight.
Boy: I’ll be back in 2 weeks time. Give me a call when you are back, You know my number, Nothing has changed.
With a smile, she turned around and waved good-bye.
“Good-bye . . .”
Same evening he heard of a plane crash which was headed to New York. He tried to know about her and found that, She died.
Midnight… Once again, he lit his cigarette… And like before, he felt the lingering ache in his heart. He finally knew, she was that missing part that he had carelessly broken…!!!


“Sometimes, people say things out of moments of fury.


We take out our 99% frustrations at our loved ones, And even though we know that we ought to”think twice and act wisely”, we actually don’t do it. Things happen each day, many of which are beyond our control.”
Try not to hurt your loved once, because a moment of anger could be a lifetime punishment.
at 10:21:00 AM
Labels: Awesome One, Love, Stories
Newer Post Older Post Home